We’ve heard a lot of feedback that friendships are difficult, overly complicated, and hard to manage. With the Friendship redesign we’ve tried to address these issues by making the system more intuitive and easier to work with. We hope you enjoy these changes! They will be going out to all servers with the 2.3 update.

Note: This is just a preview, so any numbers or functionality listed below (or seen in pictures) are subject to change by the time the feature is released. 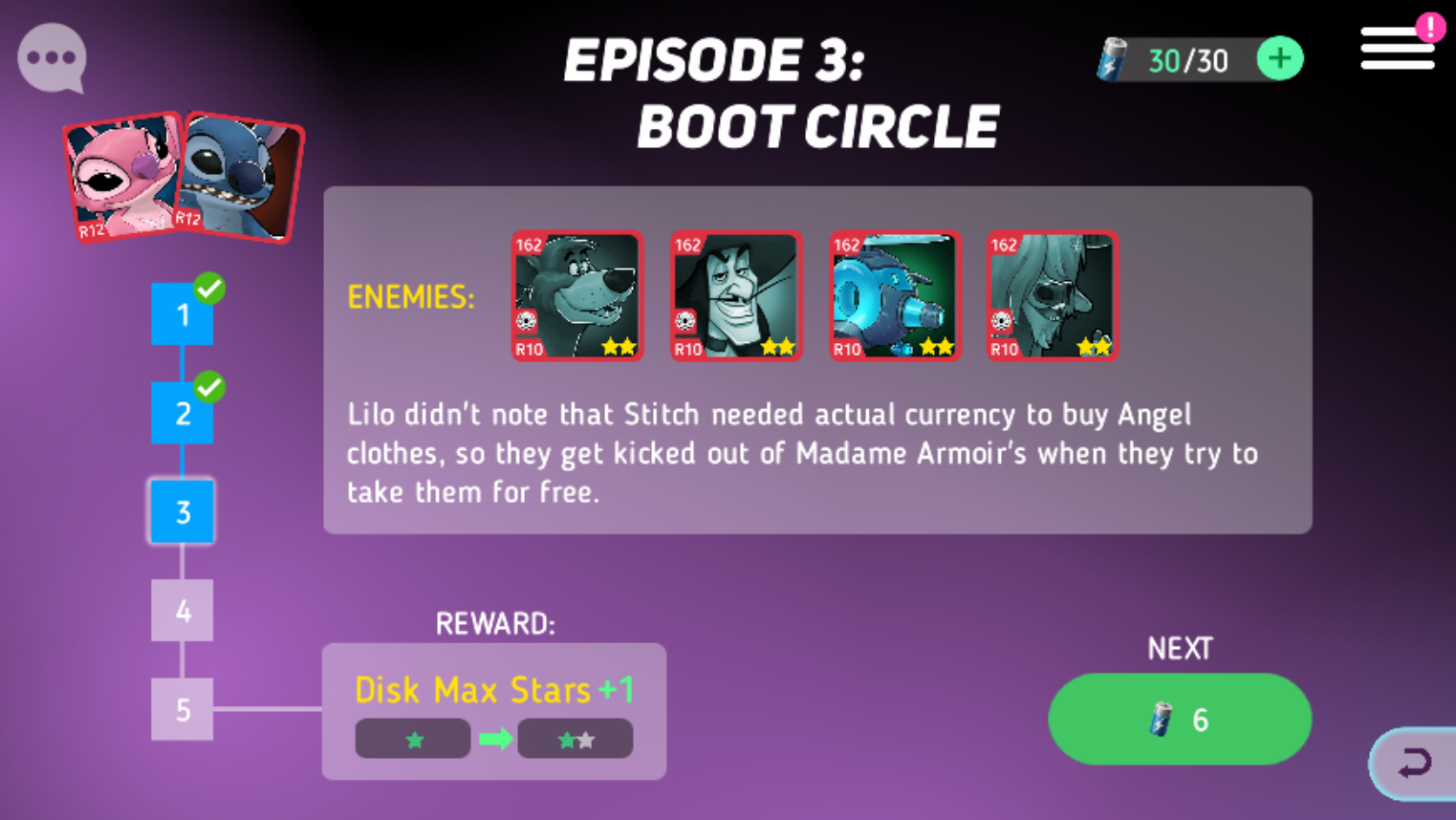 General note: Some Challenges related to Friendships, Missions, and reinfected nodes have been adjusted to be compatible with the Friendship redesign.

Changes to the preview, based on player feedback:

Wow, I’m very excited for that to come

It’s all that I’ve hoped for!

YAY, ITS HERE. Also can we admire the frame that judy was caught on lol 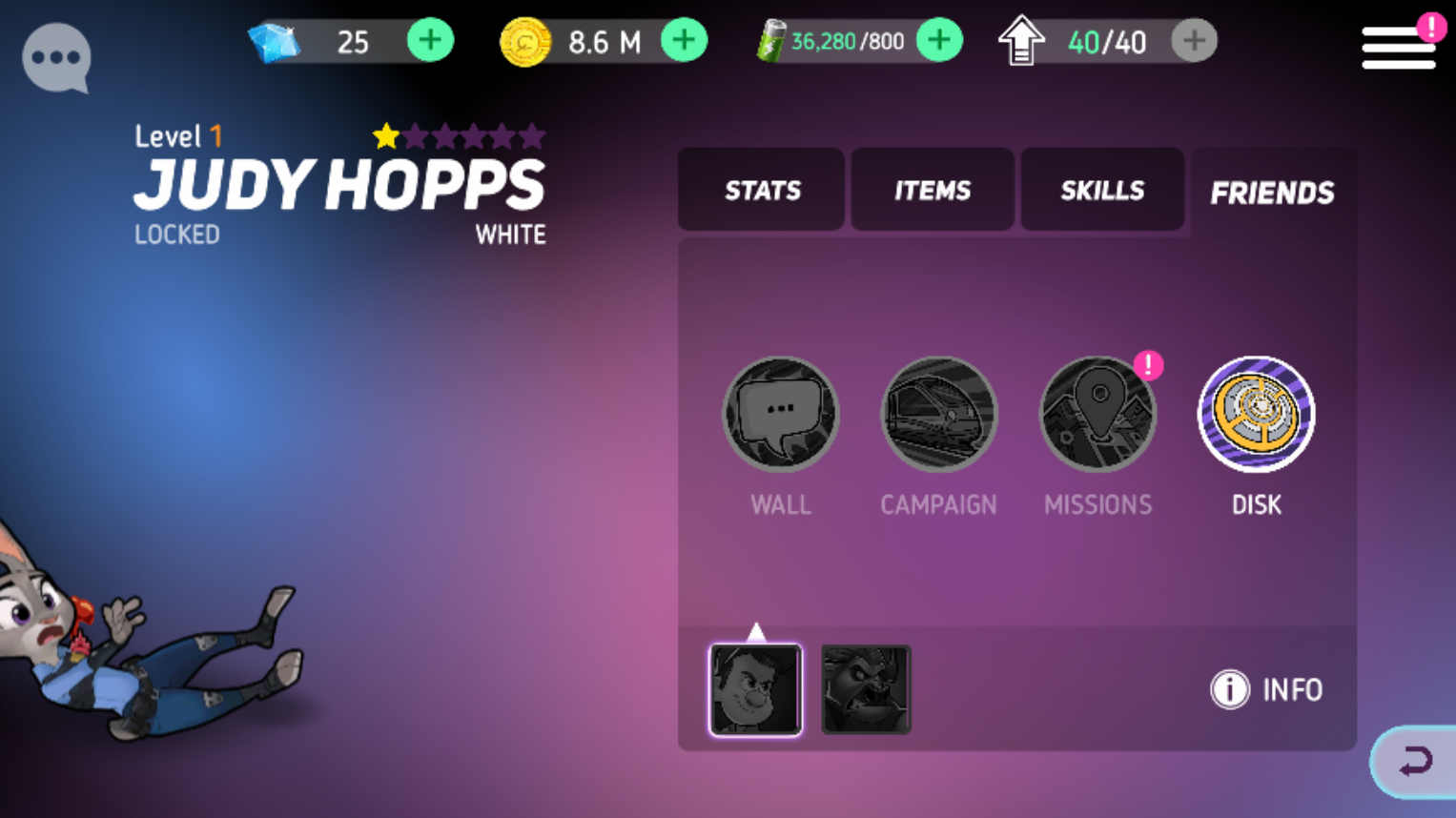 These changes… are amazing! Thanks

So will that one come before or after the sign in and shop rotation page?

I’m just too lazy to review everything, but in general, I absolutely love this! Especially how missions will be faster and won’t pause, making maxing disks A LOT faster

These will be so beneficial! Unlocking friendship disks was so annoying but it will be a lot easier now! My full thoughts will come once on WiFi.

This is really great!
Easier to manage, easier to focus on those you need, can’t wait for the update!

@Polaris will the memory market be affected? I have several disks not unlocked on purpose so they don’t appear, but because of VIP 13 it looks like I’ll get disks automatically.

Will disks that are levelled up with disk power still have priority over disks at level 1?

This is so good! I love it I love it!

But that’s too low

We realize this makes the Weekly Quest harder,

A Disk’s max level will still be determined by the secondary Hero’s level.

But can the level requirement be decreased?

Missions automatically restart when they complete.

The more progression a Hero has, the faster they’ll be able to complete Missions.

If I do the math with a 6-star, maxed hero (red skills too) then… it’s amazing…

This is amazing! Although one thing:

Will we be able to re-read the friendship campaign stories? They were fun to read.

AND mission updates! Will they still be on the wall?

Nice, got to say that the friendship refresh is looking really good and are looking forward to be able to try out all the content and changes ^^. Will probably take some time to get used to, but that’s given and overall looks to improve the current system a lot :-).

Like Tragic-Magic mentioned, I am also wondering if we will be able to more easily read through all the friend campaign and mission story content? :-). If the unlocked story content of both tabs could be easily accessible and not all the story content in the order you unlocked each of them, like a tab or something for each friendship story in the bottom of the wall UI or on the side depending on what fits best.

At least it would be really appreciated if this UX(User Experience) part of the Friendship system could be improved as many of us likely want ot be able to re-read old friendship story content :-).

I have determined that the minimum bonus speed for a maxed hero (and one hero with nothing) without bonus levels is 256%… that means… 32.8125 hours for one mission…

Two maxed Red+12 Friends will have about +498% Mission Speed, completing Memory Missions in about 14 hours and Disk Power Missions in 3.5 hours.

For now 10-hours missions grants 2 memories, but after this change will be 14 hours, and only if both heroes are maxed.

Will this increase as new heroes are added? Currently we can have more than 3 “Memory missions” which helps farming for disks we need to upgrade the stars for.

However, Memory Missions will automatically cancel once you have enough Memories to get that Disk to 5 Stars.

What about memories that are left after upgrading to 5 stars? The example there had 1,000 / 25 - will we be able to utilise the other 680 in some way in the future?

This essentially removes the feature from the game going forward

Curious as to why this is being removed?

I do however have some questions:

In the end I would like to thank you very much for this preview. Much to look forward too!