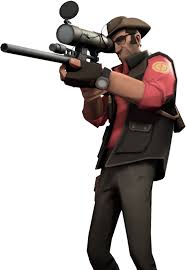 Description: Need an assassin? Mr. Mundy, AKA The Sniper, is the most professional and best man for the job. So he’ll now use his skills to take down the army of creeps
Quote: “Professionals have standards. Be polite, be efficient, have a plan to kill everyone you meet.”
Stars: 2
Trial Team: Red
Entrance: Sniper would be on a pay phone on a call with his dad looking rather irritated, he’ll then hang up in frustration. Turing around and pulling out his machete as the pay phone glitches out of existence
Victory: Sniper will take off his hat and put it over his heart, paying respect to the now fallen enemies
Death: Sniper will get frustrated as his sniper rifle jams
Role: Frontline Control

Basic attack: Sniper will stab the closest enemy with his machete

White skill: Take the Shot: Fantastic Damage
Sniper will target the enemy with the most skill power and shoot them with his sniper rifle, dealing X damage and studying them 6 seconds

Green skill: Stab, Stab, Stab: Fantastic Damage
Sniper will pull out an arrow and stab the closest enemy three times, dealing X damage with each stab. This will also lower the enemy’s skill power by 20% for 10 seconds

Blue skill: The Art Of Jarate:
Sniper will throw his Jarate, making all enemies wet for 15 seconds. Wet enemies have their attack speeds slowed by 25% and have their skill power decreased by 25% 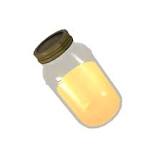 Red skill: The Huntsman
Sniper’s basic attack power and skill power is increased by 10% for every wet enemy on the battle field

Sniper and Stitch
Disk: Peculiar Critter
Sniper’s basic attack power is increased by 20% for 15 seconds after he KOs an enemy
Sniper at first believes Stitch to be a mutated koala bear but he is surprised to find out that he’s a creep killing machine
Allies: Jumba Mickey Mouse Pete

Sniper and Queen Of Hearts
Disk: God Save The Queen
Sniper will gain a shield with X health for the rest of the wave when using “Take The Shot”
Sniper is sent on a job to protect the Queen Of Hearts, he’s not very fond of her but it’s a job
Allies: Alice Captain Hook Ursula

but what about the toad (from flushed away)

I said I was going to hold off on that for a bit, right now I have been wanting to do some TF2 concepts.