Disclaimer: This and future concepts will not, and will never include Red Skills. 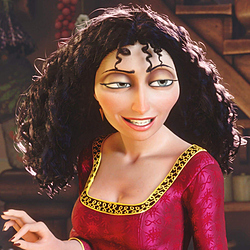 Role: (Tanky) Control
Position: Front
Trial Team: Yellow
Quote: “The outside world is a dangerous place. Filled with horrible, selfish people. You must stay here where you’re safe. Do you understand, flower?”
Bio: Despite her genial visage, Mother Gothel is a sinister, cunning woman who uses her wit, charisma, and intelligence to get what she wants.

Mother Gothel never operates in the shadows; she’s always in the limelight when she’s doing her manipulations; she usually does things herself save for the one time she has minions in the form of the Stabbington brothers - hence, her (unusual) Front position. She’s also a very capable woman who’s quite durable and tenacious (so as long as she’s young).

Trial Team is Yellow because of the flower, Corona’s symbol, and Rapunzel’s hair.

Let me know if you guys prefer the quote and bio to be separated like in my previous posts, or combined with the other information (see above).

Entrance: Mother Gothel bounds onto the battlefield before striking a pose. 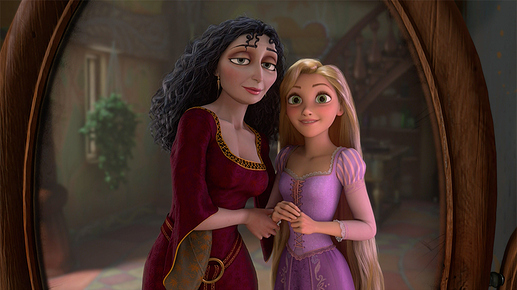 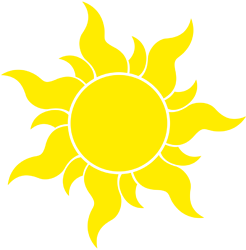 Passive: The player chooses a character for Mother Gothel to Link with at the beginning of battle. If the battle is on Auto, Mother Gothel will Link herself with the front-most ally.

A Linked ally can only have one Link. You cannot use more than one Link on one character. If the battle is on Auto, the second Link will be applied on the second front-most character.

Mother Gothel cannot Link herself to an ally higher than level 1.

Active: Mother Gothel drains 10% of the closest three enemies’ HP, healing herself for the total amount. Mother Gothel’s Linked ally will also be healed for the same amount.

The targeted enemies will be Cursed for 2.5 seconds, Blinded for 10 seconds, in addition to being unable to gain Energy for 3.5 seconds.

The amount of health drained as well as the duration of ailments will be reduced against enemies higher than level 1.

Notes: The “Linked ally takes 10% more damage” is a reference to Mother Gothel’s abuse towards Rapunzel (also I needed there to be some risk-and-reward functions to balance the immunity). 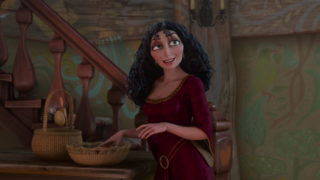 Mother Gothel can only smile at enemies every 15 seconds.

This skill is less effective against enemies higher than level 1.

Bio: Mother Gothel drains 3500 HP and 400 Energy from the enemy with the most energy. Mother Gothel will also steal stats, in addition to inflicting random ailments based on the enemy’s role.

Enemies damaged by Pluck a Flower will have lowered stats equal to what is stolen.

Mother Gothel shares the stolen HP, energy, and stats with her Linked ally.

Notes: The concept is similar in idea to Strength Sap and Spectral Thief, also from Pokemon.

The Blind is a reference to the original fairy tale, where Rapunzel’s prince was blinded when the witch pushed him into a thicket of thorns. 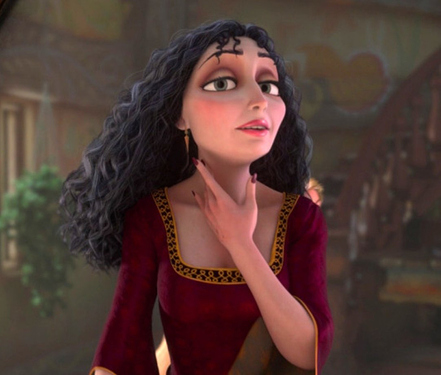 Bio: Any Charms directed at Mother Gothel are reflected back at the character who cast it. Mother Gothel gains 1790 Skill Power and a 10% Speed Boost every time she reflects a Charm.

Because of the huge amount of time spent on Mother Gothel, about 3 months which is the longest I’ve ever worked on a concept, the Friendships will be a little rough around the edges. They will be polished at a later date, but for now, please excuse the current state it is in. 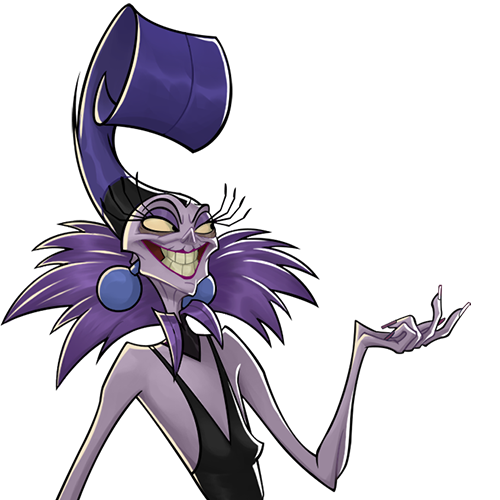 Yzma - Snuff Out the Light

Story: Mother Gothel hears a rumor that a certain alchemist in town may have the key to eternal youth, and seeks her out. Turns out the key is a god, Supai, the god of darkness.

This will probably be its own full-fledged story I’ll post at a much much later time.

I’m actually glad Mother Gothel was delayed, since Yzma officially came into the game! It’s great because Yzma’s original character before The Emperor’s New Groove was a cross between Mother Gothel and Dr. Facilier - a vain woman who seeks to become young again via dark magic. It’s one of the reasons I love Yzma so much, if only because we get to see what Yzma would’ve been like had she been more threatening.

(But I still do like her comical, laid-back approach to villainy.)

Give her original villain song a whirl; it’s a blast! 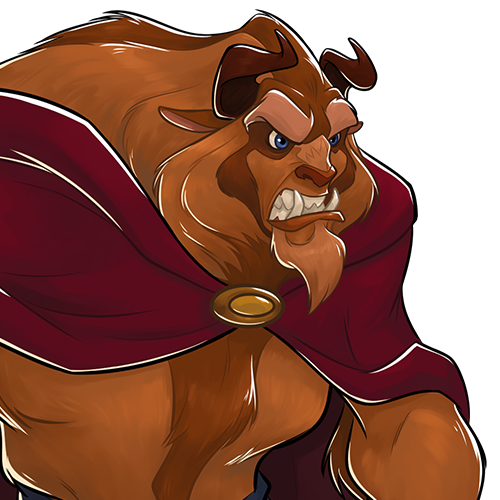 The Beast - A Single, Pale Rose

Story: Mother Gothel tries to persuade The Beast into giving her the enchanted rose, believing it to be another source of magic that can keep her youthful. The Beast becomes scared/enraged because he thinks Mother Gothel is the same sorceress who cursed him.

I originally had one for Ursula, Ursula - Railroaded , but I decided to give other characters a chance to shine.

If there’s another villain to consider adding into the game for next Halloween, or heck when it’s spring next year, I think Mother Gothel would be a good candidate to consider, @Polaris

Finally glad to be done with Mother Gothel! Whew!

If you liked this, consider checking out my other sets.

Star vs the Forces of Evil
https://discourse.disneyheroesgame.com/t/eclipsa-butterfly-character-concept-project/437884

Stay tuned until next time we meet again.

Now I, as well as you lovely readers, especially @Monarch_Mummy_V , can finally have a good day.

Well, if it could even be called a good day, which I doubt.

I’m…just plain amazed at how amazing this is

I doubt that I have a good day too, Card. During October, I will do villians month, mostly focusing on Unlikely Villians. To stay on topic, I really like your concept, and can’t wait to see Eeyore.

Great concept! I can see you worked hard

I Cant wait to see your many other concepts!

It’s really lengthy, but alright. She has no center focus of her character, being rounded-out with an array of status ailments rather than a certain method. 7/10, the formatting is some of the best I’ve seen but the white and blue need simplifying.

@Monarch_Mummy_V Oh I really do hope you had a good day; I only said the “if it is a good day” bit because I like to incorporate some of the character’s personality in my teaser for my next concept. And thank you!

@Disney_Doge Thank you so much! I’m happy that you liked it, and I hope this 3 month long wait was worth it!

@Lycanthrope While it is true she centers on spreading ailments around, isn’t that one of the defining features of the Control role? To disrupt the enemy team via any means possible? At least they make more sense for Control than Genie, who should be classified as Support but isn’t.

And thank you for the feedback; I did see that in development and I was trying to make it a little unique, but I muddled it too much - the same for the Blue, I was too stubborn to take out the Sun thing since I wanted it to be a little new thing; guess I got too overambitious

But! I have gone back and simplified both the White and Blue and I hope they’re much better now

@Champion_David Yeah, I can see what you mean - Mother Gothel definitely was my most ambitious concept to date.

She is a control, tank, support role, and it really does not look like it will work.

Though to be fair, Alice isn’t a traditional Support character either, and shows that it is possible to fill in all roles at once - there’s always room for another jack-of-all-trades. And then there’s Madam Mim who operates on a similar fashion; actually, she’s the inspiration behind the different effects for Pluck a Flower.

And I’m not sorry when I say this, but the less people who support Red Skills, the better. I’ll just have to get better at condensing skills, though that shouldn’t be too much of a problem considering my line-up of concepts aren’t as big as Mother Gothel’s.

Also, originality and innovation are one of the many spices of life.

After some polishing up, I think now it will work. If for whatever reason it’s still hard to absorb, then I suggest brushing up on your reading comprehension.

Thank you for reading my concept.

Back from watching Mulan, and now hear to post my opinions.

Imo, you tried to include too much into her skillset…it fit, but it was really cramped and hard to absorb. you have her linking, creating a new status effect, as well as being abke to do any of the control abilities excetpt knockback.

I appreciate a little complexity in a skillset, but when you take it too far, then it gets painful. Due to the GIFs and easter eggs, I still enjoyed reading your concept, I just wish she did not feel all over the place.

I understand that you do not want to include red skills, but I think that if you did, it might make more room for you to squeeze all this in.

I understand that you have been working on it for a long time, it definitely shows, but there is too much here. She is a control, tank, support role, and it really does not look like it will work.