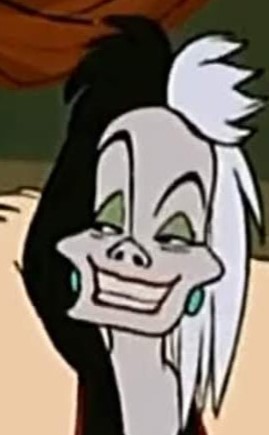 Quote: “I live for furs! I worship furs! Sigh… after all, is there a woman in all this wretched world who doesn’t?”

Bio: A dastardly fashionista who is obsessed with the latest, hottest, and oddest couture.

Defeat:
Cruella becomes enraged, throwing her hands in the air.

Passive: Instead of having a regular attack, Cruella smokes from her cigarette holder, gaining 101 Energy. Cruella can share her Energy with her allies if this skill is not activated.

Active: Cruella exhales a plume of swirling smoke towards the enemy team, dealing 1011 damage over 5 seconds that negates all enemy buffs, in addition to lowering their Basic Damage and Skill Power by 2000 for 5 seconds.

The buff negation and damage decrease has a chance to fail on enemies higher than level 1.

Green: My Only True Love

Bio: Cruella relishes the soft feeling of her fur coat, healing herself for 1956, as well as curing any ailments.

Cruella is untargetable during this skill. In addition, Cruella can still use this skill if she is Stunned, Frozen, or Charmed.

Note: Scared, Studied, and Armor/Reality Decreased all count as ailments.

Bio: Cruella uses a faulty pen to splash ink onto the three front-most enemies, dealing 1961 damage, Blinding them for 7 seconds, as well as Slowing them for 4 seconds.

Purple: Get Those Puppies!

Bio: At the start of battle, Cruella haphazardly drives her car across the screen, dealing 1996 damage to all enemies.

The sheer impact from her car renders enemies’ Armor by 101 for 6 seconds, in addition to Stunning them for 1.01 seconds.

Allies for this Campaign would be Duke Caboom, Calhoun, and Quorra. Two of them feature vehicles - Calhoun also would fit in Shank’s game Slaughter Race. 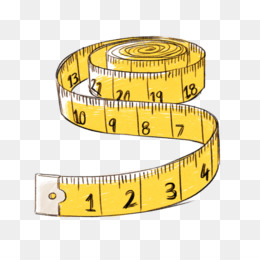 Allies for this Campaign are Sally, Bo Peep, and Maleficent. They were chosen because of their different fashion styles - also, Sally is the only seamstress in town (that we know of anyway).

Sulley and Boo, Nick, and The Beast are other characters I considered, but I ran out of juice for them

Here’s the skinny for what I considered - who knows, maybe I’ll come back to this some other time.

If there’s ever another classic villain to consider adding to the game, I hope Cruella de Vil is one of them @Polaris

Yay! So happy I have another concept finally finished!

If you liked this, consider checking out my other sets.

Star vs the Forces of Evil
https://discourse.disneyheroesgame.com/t/eclipsa-butterfly-character-concept-project/437884

Stay tuned until next time we meet again.

Don’t forget it, or you just might regret it~

Awesome! Do you take request?

Thanks! I haven’t taken requests before, but I guess I could give it a try. Just know in advance that I do take some time in creating concepts.

I make no promises other than I can try.

Who did you have in mind?

Well, I was hoping that if maybe if you can do Eeyore. I only got one friendship of him: Joy.

Story: Joy finds Eeyore sitting alone at the dock. She came closer to Eeyore and ask him what’s wrong. Eeyore say that he miss his friends and want to find them and be safe.

You like it? If not,then sorry. I try my best to get a story

This concept is good. Better than mine. I couldn’t help but notice how they share similarities, like the purple skill

Omg, I feel so honored with getting a thorough review of my character concept! Thank you so much for it! I’m happy to hear that you loved it, especially with the creativity with her skills

And yeah, I wish 101 Dalmatians got more attention.

As for your suggestions, of which I agree with, should I add the changes here or back in the concept itself?

@Monarch_Mummy_V Yes, that is OK, and I don’t mind doing Eeyore, just know like I said before, that it will take a while before I can complete Eeyore.