It’s simple, Kim has no working armor negation, she doesn’t have own source of armor reducing, evasion is also very poor, the damage is from 2019 and whole red skill can be replaced with Barbossa and Robin. Healing is poor. Kim is also a hero which has a chance to do nothing with her active (+purple) as if enemy evades stun she won’t apply DoT. After Kim’s release to the game were added many study counters which have made Kim even worse (Bunsen, Honey (Sa), Fear).

At the start, it might look Merida does 1M, but Merida has crit damage and huge basic damage boost from blue skill and red skill, with her purple skill which reduces armor it makes her damage way better.
Approximately she has 1.3M BD with maxed red skill and activated blue skill, making her green skill dealing 4359694. Not to add she can crit and her crit is increased by crit damage.

150% more damage than Kim as well as applied stacks of mosquitos which deals HUGE damage + self-heal.

Dash… this skill does 2779938 damage, he also has crit damage and high crit chance plus big armor negation and evasion, so yeah, way better damage than Kim’s.

It might be a bit smaller, but this skill can be used twice often and doesn’t get interrupted, and it can kill Quorra on a bike… so again, much bigger damage.

It hits all enemies, also, Minnie can increase her SP by over 1.2M.
More damage to all enemies.

It hits multiple enemies and damage can be easily increased by purple skill.

Results…
Poor damage, no negation and crit damage, skill does nothing else than knockback. 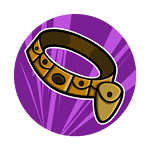 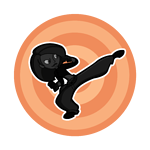 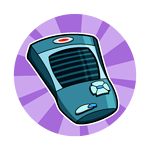 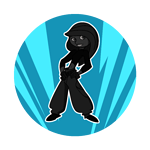 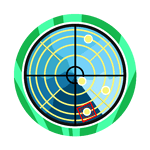 This skill is big trash and requires full change.
This suggestion from @Tragic-Magic is really great.

Every 3 times an enemy is studied, Kim gains 25 armor negation, up to X. Kim carries this buff when carried from wave to wave.

Gaining Armor Negation has a chance to fail against enemies above level X.

Also thanks for giving the shoutout! Really appreciate it!

This should absolutely be implemented because her character deserves better and also this is just a much better and much more well crafted kit.

Thought about it* but not sure if it isn’t too much?
Although, if enemy KO blue skill just doesn’t exist, so I’ve added attack speed bonus.

*But with reduced stolen energy by 50% on other enemies

I will put my grain of salt here. Mostly making @Polaris notice this topic and pass it to the team to review this situation.

Kim was like a very hyped character and was very popular, she deserves way better and that’s why she needs a refresh.

Polaris must seeing this

5 second stun feels too weak, though. I’d go with an 8 second stun or just a full-on invulnerability to Evasion

What if there was a way for “Monitoring Device” to be applied to another enemy?

And what if the enemy with “Monitored” wasn’t able to apply debuffs or disables to Kim?

Every 3 buffs the “Monitored” enemy receives, they are dealt X damage, lose that buff, and are stunned for 8 seconds.

I feel like this part of the red skill Tragic proposed could be easily covered up by 3 stacks of Fatigue and Merlin. How 'bout:

I am (mostly) satisfied with this refresh

IMO, The DW Disk should instead focus on weakening the Monitored enemy (make them take more damage like her former, and make them deal less damage to Kim like Djaq said). That would be better than blocking scares.

Kim needs a refresh and I like these ideas. Just…

What about the damage from purple skill is applied even if stun is evaded instead? I’m not too sure about her ignoring evasion since she’s not even a control character…

Also I was thinking the study could be included into blue skill, and her red skill could have two completely new effects.

Oh and this idea sounds amazing to me

The DW Disk should instead focus on weakening the Monitored enemy

Well, same could be said about control heroes dealing more damage than any existing damage hero, and 5s stun isn’t so dreadful.

I like the stacks of hardy, but stunning and adding fatigue to the kicked enemies would be very nice

I don’t see anything wrong with Kim possible I’m using her in my War/Coliseum teams and she has been very good for me In this months challenger seasons.

Skillset wise, kinda. At least damage from green and purple should be buffed though. Oh and her red does basically nothing

If you’ve been judging her based on her Joy disk, then clearly you haven’t been seeing her flaws lately.

And on top there are screenshots and explanation.
She has nothing but normal crit in her stats, it’s hard for her to evade disables as evasion is terrible low.

as evasion is terrible low.

So, on level 220 enemies which are all around PVP modes. 20% is really low, and R18 seems to change nothing.

Precisely. It’s broken to the point its not even there.