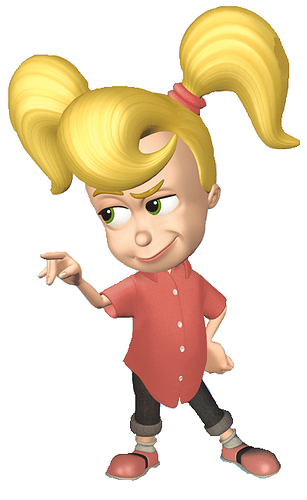 “Nice invention, Nerd-tron! Too bad somebody already invented the bus!”

Description: Despite being only second best, Cindy Vortex still kicks butt and provides great support to her allies.

Entrance: Cindy walks in, looking proud and ready to fight.

Victory: Smiles at the camera.

Cindy punches and kicks the frontmost enemy, knocking them back and sapping them for 6 seconds.
Sapped enemies gain 50% less energy from all sources.

The sap has a chance to fail when the enemy is above level X.

Green Skill: A Rush of Energy 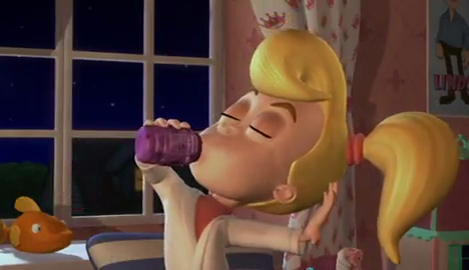 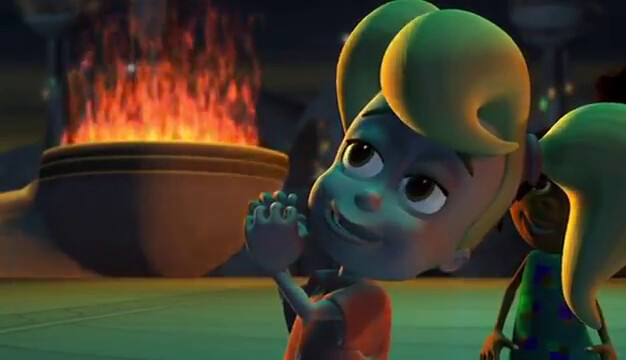 Every 6 seconds, Cindy inspires the hero who last used their Green Skill, granting them 35,063 Basic Damage and increases their attack speed by 125%.

Purple Skill: Perfect Balance
When Cindy or an ally KO an enemy, they are granted 450 energy.
The energy gain has a chance to fail if the ally who KO’D an enemy is above level X.

Red Skill: Strong Support
When Cindy and her allies use their Green Skills every 10 seconds, she reduces the cooldown for “My Hero” by 2 seconds and uses it on the ally with the least HP each wave.

When Cindy is healed by “A Rush of Energy”, she gains 5 stacks of hardy and deals 50% more damage to sapped enemies.

The bonus damage against sapped enemies has a chance to fail if the enemy is above level X.

Is Charged When: 2 enemies are knocked back

Campaign Description: In order to work together on their school project, Cindy and Jimmy team up to write a report on Mars. The problem is, creeps are disrupting their productive work.

Disk Symbol: A piece of candy with wrapping sporting the Jimmy Neutron symbol.

Campaign Description: Tired of the competition she faces with Jimmy, she decides to find a new rival. Her fingers point towards Vanellope, as they start a beautiful new rival… and a friendship in the process by spending a day in the city.

Blue Skill should be using a variable instead of a number. Red Skill is missing a variable and the 3 boosts. In her Vanellope Disk, was it supposed to be “enemy Blue Team Hero”?